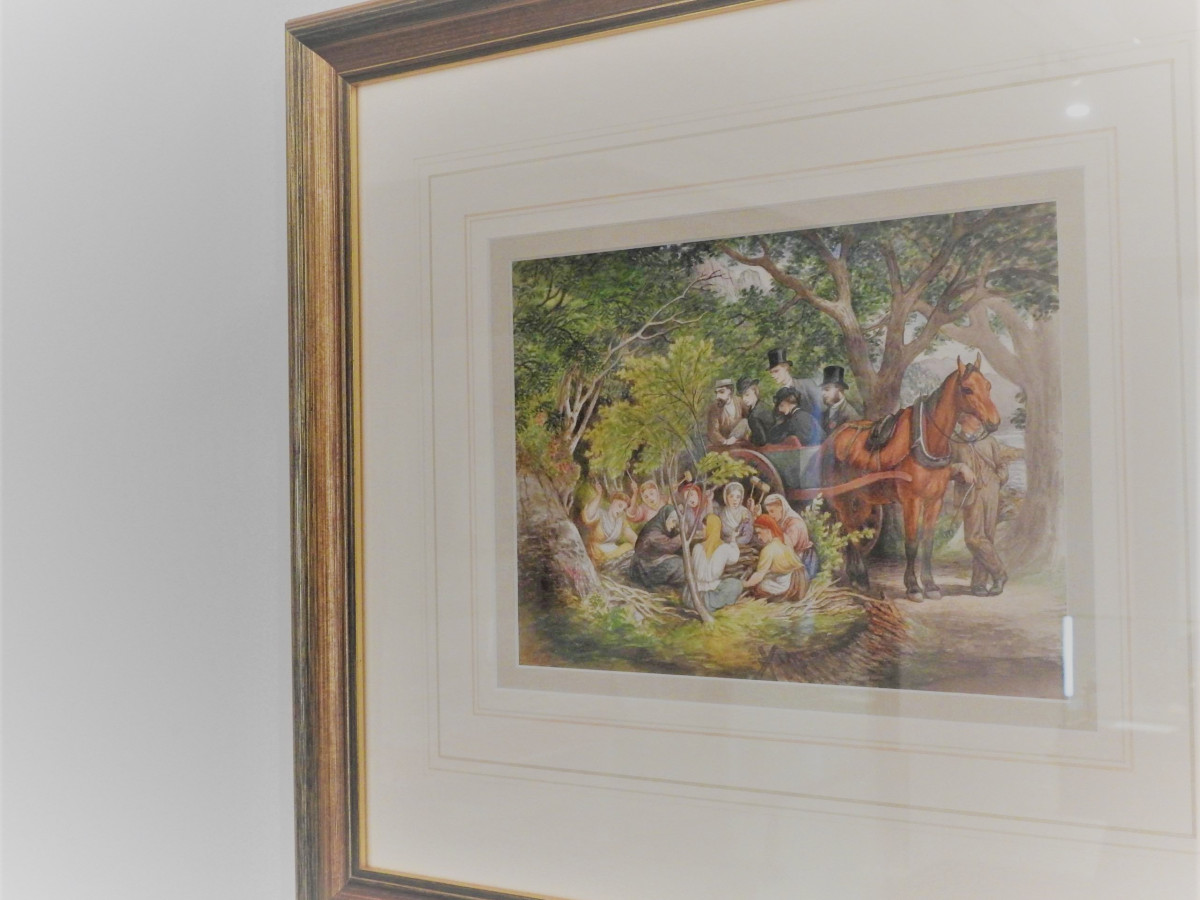 As part of the #MuseumsSparkJoy campaign Ron Cameron tells us what objects in the West Highland Museum’s collection spark joy and inspire him.

“Jemima Blackburn inspires me.  We have a painting in the museum by Jemima Blackburn depicting women waulking the cloth on the shores of Loch Nan Uamh (1870) that is on display and among the museum’s collection deposited at Lochaber Archive are the Astley journals, where there is a watercolour of a mare and foul by Jemima. I regard these as immensely precious because of Jemima’s links with some of the academic greats of Victorian Scotland.

Among their friends and family members who visited them at Roshven Jemima and her husband Hugh, a professor of mathematics at Glasgow University, welcomed such stellar intellects as James Clerk -Maxwell and Lord Kelvin.  Jemima’ great-grandfather Sir John Wedderburn, 5th Baronet of Blackness, was executed for his involvement with the Jacobite rising of 1745.  So, it is appropriate that her work is represented in a museum famous for its Jacobite Collection.

Art, I’m told is based on observation and Jemima was a remarkable wildlife observer.  She recorded seeing a newly hatched cuckoo ejecting its nest mates using the hollow in its back.  This had been noted by Edward Jenner, but dismissed as impossible.  Her observations were mentioned by Darwin in “Origin of the Species (6th ed.).  Jemima was a friend and pupil of John Ruskin and Sir Edwin Landseer, both of whom praised her work highly.  Beatrix Potter was known to be an admirer of Blackburn and influenced by her art.  It is believed that she called Jemima Puddle-Duck after Mrs Blackburn.

I have had a lifelong interest in wildlife and to me the sheer beauty of her wildlife art is the most remarkable thing of all.

Both Jemima and Hugh’s families had become rich on the proceeds of the West Indian sugar trade and slavery but should we hold them accountable for the sins of their fathers?”