THE STORY OF RANALD MACDONELL OF TIRNADRIS 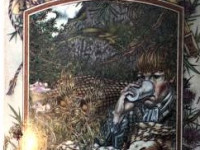 In the Highlands and beyond the story is well-known.  The brave encounter of Major Donald Macdonell of Tirnadris* who, with just 11 men and a piper, fooled two companies of government troops into believing they were surrounded.

The troops fled and the 1745 Battle of Highbridge became a legendary episode in Scottish history.  In revenge, Government troops forced the Macdonell family to flee and Donald was eventually caught and hanged at Carlisle.

However, what is not so well known is the story of Donald’s son, Ranald, who was around seven at the time.  His father, in a letter written just before his execution, revealed his wish that Ranald should join the Jacobite battle.  However, Ranald did not.  He eventually went to France to a Roman Catholic Seminary at Douai, hoping to become a priest.

Despite the objections of his family, particularly his sister Isabella, he remained at Douai but died before he was old enough to be ordained.

His story of how he and his family fled Spean Bridge, hiding constantly in the countryside from the Government troops, was dramatised in a novel, The Story of Ranald, published by children’s book author Griselda Gifford in 1968.

The author states the book is based on an account written by Ranald, a Family Memoir of the Macdonalds of Keppoch, published in 1885.

Peter Wilson is a former Fleet Street editor who for many years lived in Tirindrish House, Spean Bridge