THE FIRST BLOODSHED OF THE ‘45 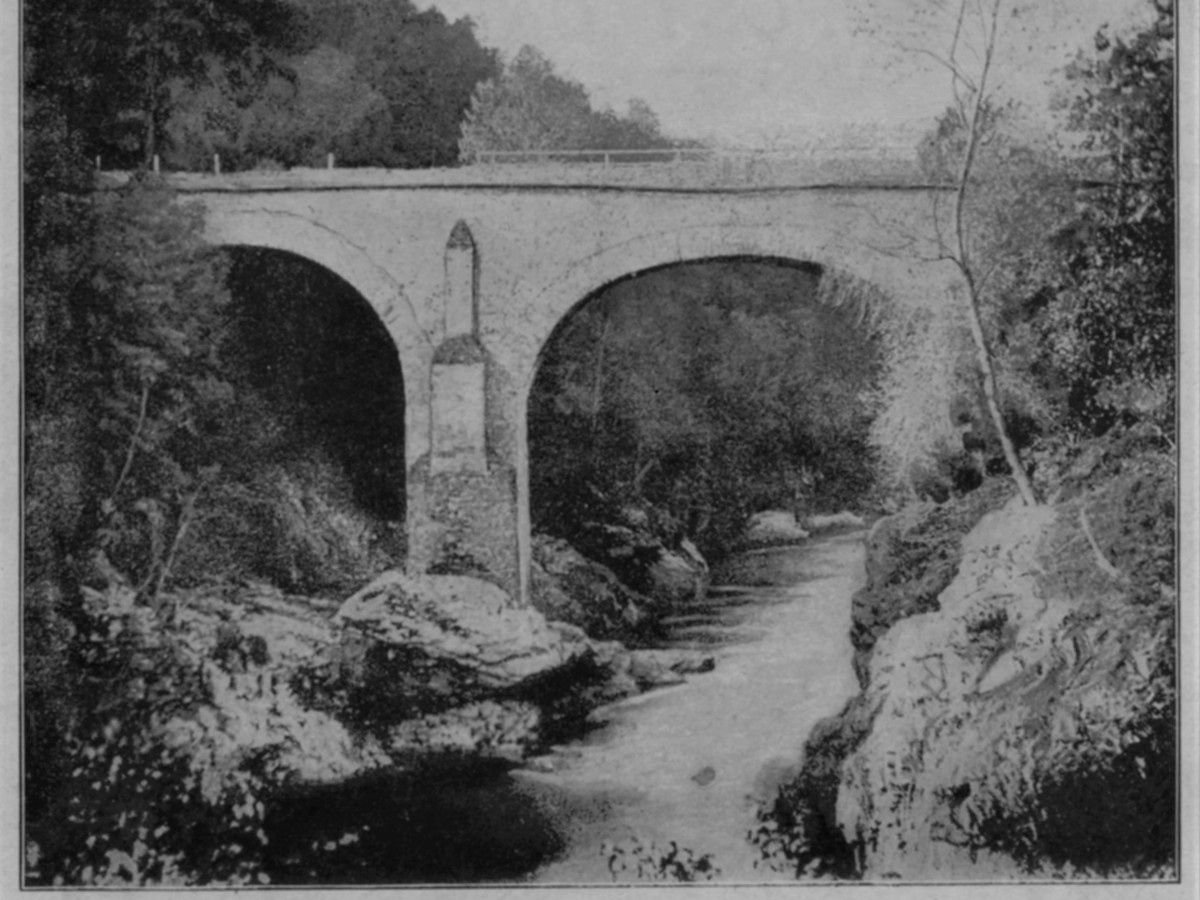 The first bloodshed of the 1745 Jacobite Rising took place during a skirmish on the 16th August 1745 at High Bridge or Dròchaid Bhàn as it was known to the Highlanders. This bridge, 8 miles from the town of Fort William, carried the Military Road between the Government forts of Fort William and Fort Augustus. The honour of striking the first blow of the Rising fell to a small group of MacDonnell of Keppoch’s clansmen under the command of Major Donald MacDonnell of Tirnadris. Two companies totalling 85 men of the Royal Scots regiment of the British army commanded by Captain John Scott and Captain James Thomson were on route from Fort Augustus to re-inforce the garrison at Fort William. When word of their movement reached the local Jacobites, a small force consisting of eleven men and a piper rushed to the bridge and by occupying the inn at High Bridge and the nearby woods were able to intercept them. They managed to create the illusion of a much larger force by running about the woods discharging their weapons, shouting, and making a huge clamour.

The Royal Scots, with two men dead, retreated and soon MacDonnell of Keppoch himself arrived with reinforcements to join the pursuit. The British troops were finally surrounded at Laggan at the head of Loch Lochy as men of Lochiel’s Camerons and Glengarry’s MacDonnells joined the action. Captain Scott, himself wounded. and having lost six men with another dozen or more wounded decided he had no option but to surrender. The prisoners were treated with great chivalry, receiving medical attention, and were marched to Glenfinnan, presented to Prince Charles, and watched the raising of the standard on the 19th August after which they were released to make their own way home. Captain Scott’s particularly fine horse had been confiscated and gifted to the Prince by the clansmen.

Major MacDonnell of Tirnadris was executed in 1746 at Carlisle for his part in the Rising and his head displayed on the town’s gates. MacDonnell of Keppoch was to die on Culloden Moor at the head of his men and his clansfolk were to suffer dreadfully in the brutal Government reprisals following the collapse of the rising.

The ruins of the bridge can be seen to this day and a cairn at the spot commemorates the skirmish.